If my life were an adventure story, it wouldn't be very long.
Honestly, I probably wouldn't be the main character, but some unnamed, faceless quirky nobody.  Maybe someone the protagonist will miss, or maybe someone the protagonist doesn't even know exists.
But even if I were the main character, it wouldn't be a very interesting read. I don't usually take risks and I couldn't outrun starving wolves and I couldn't fight with a sword and I couldn't go days without food or water or sleep. Not to mention actually succeeding on my quest. (Because, if my life were an adventure story, it would be a quest, and not some other type of adventure).

Maybe that is why I read.

Maybe that is why I write.

All the adventure with none of the physical work.
© Nicole No comments:

(This Book Tour is put on by Pump Up Your Book)


Marie: What do you do when you get a 'mind block'?


Carl Alves: I don't have time for writer's block or a mind block.  I work full time as an engineer at a pharmaceutical company, and I have two small children.  My wife is a physician and I frequently have to take care of the kids.  I write whenever I can even if that means a few minutes here and there.  I personally think writer's block is an excuse for not having the ethic to work hard.  I couldn't imagine telling my employers in my day job that I'm not in the right frame of mind to work.  Writing is like any other job.  It's work.  It's not glamorous.  It's not the romanticized notion that some people have.  Just plant your butt on the chair and get to work. 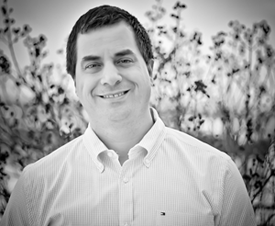 Marie: Time and money aside, what would you rather be doing?

Carl Alves: Writing is something I have passion for and I love doing.  Fortunately my day job compensates me well and I don’t have to depend on writing for income, which gives me freedom to write simply because I love to do it.

Marie: If you were stranded on a desert island, what three things would you bring with you, and why?
Carl Alves: I would bring a magnifying glass to help me start fire, a spear to use for fishing and hunting, and a net also for fishing.  What can I say, I’m a practical guy.

Marie: What is your favorite genre to write, and why?
Carl Alves:  I’m predominantly drawn to horror and fantasy.  Stories firmly implanted in the real world are fine, but I like to delve into the supernatural.  It allows me expound the bounds of reality and further dip into my creative side.

Marie: Could you tell us three random things about yourself?
Carl Alves: I am fluent in Portuguese.  I have a BS in Biomedical Engineering as well as an MBA.  I have been to all but three states in the United States.

Marie: Can you tell us anything about a current project you are working on?
Carl Alves: I generally work on about three or four different novels/short stories at any given time.  I like to bounce back and forth between them, which helps keep things fresh.  Right now the project I am most excited about is a novel entitled Beyond Ragnarok, which is a post apocalyptic version of what takes place after the Battle of Ragnarok from Norse mythology.

Marie: What obstacles would you warn beginning authors of?
Carl Alves: Self-publishing has never been easier especially in light of the digital revolution the publishing industry is going through.  Self-publishing gives the writer complete control of their book, and also the ability to keep the bulk of profit from sales.  However, I would highly discourage a newbie writer from going this route.  For one thing there is a flood of self-published books from no name writers, and the chances of success are slim.  Don’t get me wrong, there are writers who have had great success self-publishing eBooks.  J.A. Konrath, Scott Nicholson and Joseph Nassise are among them.  But these writers usually have a history of books that have been published by traditional publishers and have already developed a following.  Most self-published novels are unprofessional, unedited garbage that don’t deserve to be published.  This reflects poorly on writers in general, and these books should never see the light of day.  In other words, don’t take short cuts and immediately go the self-publishing route unless it absolutely makes sense.

Marie: Which scenes did you find the most fun to write? 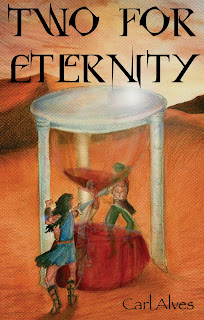 Carl Alves: I absolutely love to write fight scenes.  I try to make them as realistic and visceral as possible, even when they involve supernatural characters with supernatural abilities.  I cringe when I watch a movie or read a story with a fight scene and my reaction is either ‘this could never possibly happen’ or ‘this writer doesn’t have a clue about what an actual fight looks like.’ I enjoy choreographing fight scenes in my mind and getting it down on paper.  “Two For Eternity” gave me even more latitude because my two main characters are superhuman in many ways, and therefore I can really do some wild things when they engage in combat, yet still keep it realistic.

Marie: What question have I not asked that I should, and what is the answer?

Carl Alves: What was the hardest part of writing “Two For Eternity”?
The hardest part of writing “Two For Eternity” was also the most rewarding.  My novel takes place over a period of over 12,000 years taking place in various time periods such as Ancient Egypt, the time of Christ in Judea, the Spanish Inquisition and World War 2.  I had to do a massive amount of research in order to get the flavor and customs of the times as well as historical details to make the writing look and feel authentic.  For each time period I did an extensive research, which was challenging because I had never done anywhere near that level of research.  But it was also very rewarding.  I learned so much in the process, more than I ever learned in any history class I had ever taken.  Hopefully the readers of “Two For Eternity” will be able to learn a little as well as be entertained.
© Nicole No comments:

Marie: Do you listen to music as you write? Why or why not?

K. R. Morrison: No.  I love quiet.  Music is a distraction.  Even typing in what I have written longhand while in front of the TV is very difficult.  My cats snoring as they keep me company, the ticking of the clock—these are gentle sounds that make up the only “music” I appreciate while I write.
Marie: Time and money aside, what would you rather be doing?
K. R. Morrison:Hiking through---somewhere.  Scottish Highlands, the Appalachian Trail, a pilgrimage to a holy place.  I love to be out in the world and seeing what has been placed here for us.
Marie: If you were stranded on a desert island, what three things would you bring with you, and why?
K. R. Morrison:A way to get off when I wanted to, mostly.  Beer.  My notebook and plenty of new pens so I could get a lot of writing done.
Marie: What is your favorite genre to write, and why?
K. R. Morrison:I like to write about spirituality.  There are ideas in the works that have nothing to do with horror, and I hope to get those written someday.  However, it turns out that there will be a third book in the series I am writing.  The characters in my current working manuscript decided that in the latest chapter I wrote.  So the others will have to wait awhile.
Marie: In an average week, how much time do you spend working on your writing?
K. R. Morrison:Since I work full-time, my writing does not get as much attention as I would like.  I spend sometimes 3-4 hours in an evening—either writing, typing my scribbles into the computer, or re-reading what I just typed to make sure there aren’t any time/space glitches or errors in spelling or grammar.  My fingers speak some form of ancient Swahili—I can’t believe what they type into the computer sometimes!!
Marie: What is your favorite part about being an author?
K. R. Morrison:Being introduced to someone as an “author”.  The little notoriety I have gotten.  Kind of fun when someone says how much they liked my book.
Marie: Can you tell us anything about a current project you are working on?
K. R. Morrison:My current manuscript, which looks like it will be twice as long as the first, is called “Resurgence:  The Rise of Judas”.  It is actually a prequel/sequel, beginning with the time after Adam and Eve were expelled from Eden.  Then it goes to the time of Judas, and those events, and then 15th-century Romania, where we pick up Vlad the Impaler.  Then to 19th century New Orleans, then to the present—where the book starts in at a few years after the first one.  This book has a lot more dimensionality to it—I am enjoying how the story is unfolding.  Cruel, horrible, at times—but there’s a lot of humor in it too.  Sounds odd, I know.
Marie: What obstacles would you warn beginning authors of?
K. R. Morrison:Do your homework on the various ways to publish.  There are so many ways, traditionally and electronically, that you shouldn’t just dive in with what you think you know.  Borrowing from Weird Al Yankovic, “Everything you know is wrong.”  Has been for me.  I’ve learned an enormous amount about publishing in the past few months—and will definitely think out my steps before publishing the next one.
Marie: Which scenes did you find the most fun to write?
K. R. Morrison:Definitely the ones where the family members are relating to each other.  I wanted to show a good, strong, loving family group, because that is what it took to bring the book to its positive conclusion.  They have fun with each other, and that reflects my life with my family members.
© Nicole No comments:

Be Not Afraid by K. R. Morrison 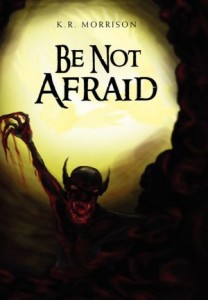 (Book courtesy of Pump up Your Book. Follow the Book Tour Here)

This was my first vampire book. I read it in one sitting.

I appreciate that within this cultural surge toward vampires, and treating them as good, the vampires in Be Not Afraid are the bad guys, and they stay that way. This is partially due to Morrison's faith- or at least, the faith of her protagonist Lydia.

Lydia goes through some trying experiences that the vampire, Vlad, intends to put her into a spiritual valley- permanently. The middle aged woman nearly does descend into the depths of despair, but God tells her that he has not forsaken her. The story of Lydia's redemption ensues, as well as being reunited with her family. However, Lydia's trials are not over. God has been asked by his people to purge the earth of evil, and Lydia had already committed herself to be an instrument for His use and one of His tools on the earth. How much can Lydia handle? How will this battle of Good versus Evil end?

The text is peppered with punctuation misprints, which was distracting while reading. And there was, in my opinion, an overuse of exclamation points!! And yet somehow it was believable. There were scenes, granted, that my brain would not accept at all, but on the whole Morrison had me convinced. Being a book with a vampire as the main antagonist, there was a lot of blood- and I can't stand blood. I've fainted at the sight and mention of it before. And yet I kept reading, not quite able to put the book down.
© Nicole No comments: