The pile of books on my 'have read' pile continues to build, and it seems that the 'to read' pile grows at the same pace.

Treasure Island by Robert Louis Stevenson
Was a very good read. After seeing 'Treasure Planet', though, many things from the book surprised me. It is very different from the Disney movie. It would have been easier for me to read without all the ship lingo, but I mannaged :)

Just Ellaby Margaret Peterson Haddix
Not what I had thought. I had anticipated a sequel to 'Ella Enchanted', but this was a book all of its own. Ella is living in the castle with the Charmings, but is coming to realize that looks aren't enough for a relationship. Very much enjoyed this read, and although there were parts that were predictable, other parts were harder to figure out. (the suggested age is 11-14, but I think that may be a little young...)

Harry Potter and the Sorcerer's Stone by J. K. Rowling
Convinced to read this by my roommate. I enjoyed the book, it was well written and kept me guessing until the villain was revealed at the very end. Harry finds out he is a wizard, and goes to school at Hogwarts, a school for witches and wizards where he will learn how to use magic.

The Battle of the Labyrenth by Rick Riordan
Tried reading this at the same time as my sister, even though she was 100+ pages behind me. It was hard, but we eventually figured out how to have her on the left, myself on the right, and hold pages up in the middle between us...
Very well written, I love Rick's writing style, and cannot wait to get a hold of the 5th and final book of the series (that I have been told is an amazing book) and to see the movie in February.

Calamity Jack by Shannon and Dean Hale
This was an ARC, so I'm not telling you much about it... (aside from 'I loved it!') for more information, come back for the book tour on January 11-13

Chitty Chitty Bang Bang by Ian Flemming
wow. Another instance where Disney takes a book and changes everything except the name, and some character's names. For those of you who have seen the movie: there is no 'Truly Scrumptious', no foreign king, no cave of children. The mother is alive, Chitty Chitty is magical, there are gangsters, and a giant explosion. For those of you who have not seen the movie: Jeremy and Jemimah are two children whose father is an inventor. One day they go looking to buy a car, but they do not want one that is the same as all the other cars. They want to stand out. They find Chitty Chitty Bang Bang, and decide to buy her even though she will need a ton of fixing up. When the family takes a trip to the beach the adventures begin when they realize Chitty has a mind of her own and has made some... improvements to herself.

A Wrinkle in Time by Madeleine L'engle
The children's father has been missing for quite a while, and neither them nor their mother know where he is. Two of the children and a new friend are taken on an adventure to find him, and it turns out he wasn't even on earth. They have to rescue him, battling much darkness and evil. The plot was interesting (so much so I have the second book waiting to be listened to on my iPod...) but the worldview presented confused me. At points I recognized scripture being quoted, but just a page or so later actions and mindsets conflicted with other scripture...

Pride and Prejudice by Jane Austen
Oh! I can't believe I was so wary of reading this book! So many themes and ideals are still applicable in today's society, and I cannot wait for a reread. Elizabeth detests Mr. Darcy almost as soon as she meets him because of his evident pride (and, not to mention, the nasty remark he made about her...). But has she misjudged him?

And hopefully I'll be able to read a few more before the year is over....
© Nicole No comments: 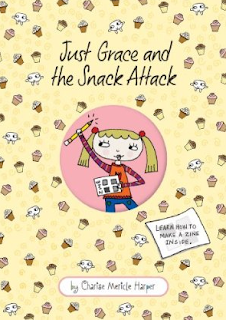 Today is very busy. I have had one final, and have another in just a couple hours. I have to pack to go home for a month (YAY!) and do some more studying for that college writing final. I have a list of things I have to do before I'm allowed to leave my dorm (take out trash, defrost fridge (and therefore throw away orange juice :(, unplug EVERYTHING...) 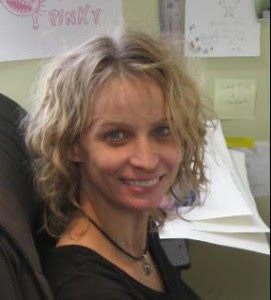 and I have yet to finish writing up my post of the 'Just Grace' tour. Besides, I don't have a camera here.

Yes, that is me shamelessly trying to excite your interest and cause you to want to come back later today. It involves homemade pictures.

Visit the author's blog while you are waiting, will you?

Or the other blogs on the tour?

For I am convinced that neither death nor life, neither angels nor demons, neither the present nor the future, nor any powers, neither height nor depth, nor anything else in all creation, will be able to separate us from the love of God that is in Christ Jesus our Lord.
© Nicole No comments:

And I dub thee…

Superior Scribbler is the first award I have received, and I am quite flattered to receive this honor. And when good things are bestowed upon you, the best things to do is to share- let your cup overflow and touch others.

Here's how the award works:

Therefore, I dub the Superior Scribbler Award to:

All About Children's Books