Back in high school I had to get this blood test where, over a few hours, the nurses drew samples of blood. In between the pokes-and-sticks I had to sit in the waiting room, with not much to do besides think about it. My mom was there and we played some card games while we waited, but all the while I was distracted by the upcoming punctures.

To try to get my mind off the inevitable, I recited to myself a verse I had picked out that morning. Over and over I recited it, trying to calm myself. My mom wasn't too eager about the verse I'd picked-- she thought it would have been better for me to pick something more... positive. But to this day I can still recite it: "He is not afraid of bad news, his heart is firm trusting in the Lord. His heart is steady, he will not be afraid," Psalm 112:7-8a. (Perhaps she was right.)

I'm not sure how much it helped. Yes, it gave me something to focus on besides the repeated tests, but, if I remember rightly, I was still pretty nervous and, well, 'afraid of bad news'. I tried reciting the verse to help me pretend this scary thing wasn't really happening at all.

So, when I had to get two cavities filled yesterday-- novacaine included-- and I started getting nervous, I picked another verse to memorize and recite to myself. This time it was Romans 1:16. I know think it starts, "For I am not ashamed of the gospel for it is the ___ of God..." but I never quite got around to finishing it.

See, before they gave me that dreaded shot, the nurse said something. It probably wouldn't have meant anything to you, just as she probably had no idea it would mean so much to me, so I'll keep that part a secret. Suffice it to say, she said 'something' that reminded me that God loves me, cares for me, and is right there with me.

And suddenly my desire to memorize and recite Romans 1:16 to help me through the moment dissolved. *poof*: gone. Suddenly, I just wanted to talk to God. The doctor and nurse left for a moment to let the numbing medicine settle, and I was left in the room with a big smile on my half- numbed face, looking out the window and praising God. And suddenly I wasn't as concerned about the whole process. I admit it, I was still a little nervous, especially when they had to give me another shot for the second filling, but immediately I ran to Yahweh and found rest.

I'd been trying to get away with turning to God's word rather than God himself. It reminds me a bit of Jeremiah 2:12-13, "Be appalled, O heavens, at this; be shocked, be utterly desolate, declares the LORD, for my people have committed two evils: they have forsaken me, the fountain of living waters, and hewed out cisterns for themselves, broken cisterns that can hold not water."

We don't need to use supplements when we can go straight to God.
© Nicole No comments:

And here's what I think:

We need to be intentional. I need to purposefully spend time with my friends and family, not living alongside them but hardly interacting. I ought to more frequently initiate conversations, get to know them better, and do things together we both/all enjoy. No more of this being near each other but not being present with each other. No more 'ships passing through the night', or wasted time. We need to make the time count.

We need to be intentional. Not just when I'm around people, but when I've got time alone. If I don't stay focused and have purpose, suddenly all that time has slipped away on Netflix, books, sleeping, or even Solitaire. Moderation. Sure, spend some time on these luxuries, but don't get caught up in them. I ought to simplify, and do things on purpose. We need to make the time count.

Everything happens in a moment, even if it was built up to through many moments.

What are you doing with your moments?
© Nicole No comments:

When the Marvelous Becomes Commonplace

That first bald eagle we spotted after landing in Alaska sent us rapidly rummaging for our cameras. We clicked away, capturing every angle and not wanting to miss a shot. We'd stopped walking, the whole family standing on the sidewalk gaping and capturing the moment. Eventually it swooped away, and we recommenced our journey. 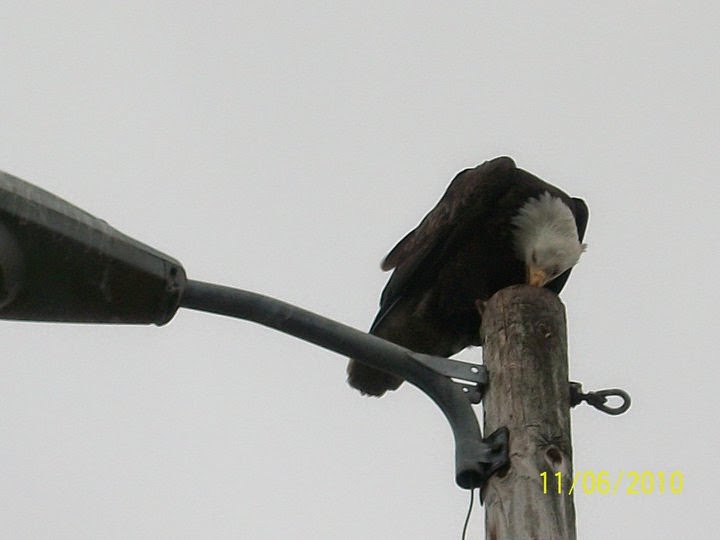 Then, we saw another bald eagle! We hurried for those cameras, marveling at our luck-- two bald eagles, in one day.

It did not take long for us to realize that bald eagles are not as rare in Alaska as they are in Illinois. After just a few days we could pick out the newly-arrived tourists, gawking at those overhead eagles. But, more experienced, we didn't do that anymore. After just a couple days we had stopped pointing them out. We expected to see them, and hardly reacted when we did.

Those first times God answers our prayers, we marvel. We excitedly write about it, and tell people about it. But as we get more accustomed to meeting with God and seeing Him intervene in our lives we begin to take Him for granted. Sometimes we even fail to see Him working at all because we're so used to it.

There is a balance in praying in faith, without doubt, expecting God to answer, and worshiping him in reverent wonder when he does. But it is an important balance, one that we ought to pray that God cultivate in us as we take intentional steps (like keeping a prayer journal, and sharing answers to prayer with friends and family) to make sure this marvelous intervention on God's part never seems commonplace.
© Nicole No comments:

It's the middle of World War 1 and Hastings has been sent home on sick leave. He is staying with an old friend, John Cavendish, at John's step-mother's estate: Styles. 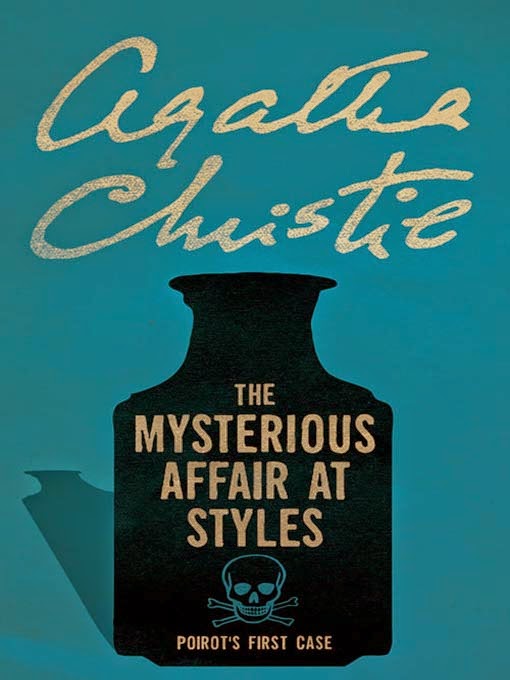 After several weeks, they are all woken up to find that Mrs. Inglethorp is dying, having been poisoned. They might not have gotten to the bottom of the poisoning if Hercule Poirot had not been in town. Emily herself had helped him and several other Belgian refugees to safety, and they were living nearby. Poirot feels indebted to her, and is determined to find the murderer... but it could have been anyone...

Emily Inglethorp herself, a wealthy old woman and the mistress of styles.
Alfred Inglethorp, her much younger new husband.
John Cavendish, her elder stepson who still lives at Styles because Emily does not give him and his wife a large enough allowance to live anywhere on their own.
Mary Cavendish, John's wife who seems to be hiding something.
Lawrence Cavendish, John's younger brother who, for some reason, keeps insisting the death was natural?
Evelyn Howard, Emily's companion who packs her bags and leaves in a huff because of an argument with Emily about Alfred Inglethorp.
Cynthia Murdoch, the orphan who lives with Emily and is consistently reminded of her dependency.
Dr. Bauerstein, a suspicious doctor who studies poisons and has become a friend of Mary Cavendish.
Dorcas, a maid a Styles.

Hercule Poirot and Hastings try to solve the murder, Poirot constantly reeling in Hastings who keeps jumping to conclusions. The clues are fed, one by one, and it's quite a feat to piece them together. Of course, as I expect when I read an Agatha Christie, I had many theories over the course of the novel, but none of them were quite right. I was astonished when the murderer was revealed, and, of course, felt like I ought to have figured it out.

I had fun with this one, reading it out loud to my Grandma. There was a teeny bit of language, which I skipped over. I enjoyed making up a Belgian accent for Poirot, to make it easier to tell the characters apart when they were speaking, since speaking tags (said Poirot, said Hastings, said Cynthia etc) were not always used. It would have been easy enough reading it to myself, but in the event of a read aloud those things get muddled. There is a map of the house and of the crime-scene in the book, which helped clarify a few details. (Note: the poison noted repeatedly is strychnine. After a meadly of attempts at pronunciation, I asked Grandma if she knew, and she said, "oh! That's what you've been trying to say? It's Strick-nine." Well, it seems obvious now, but I'd had no idea, before). Grandma and I each shared a few suspicions and drew attention to clues and facts that we thought were important, and when the murderer was revealed we were a little disappointed we hadn't figured it out ourselves.