Why I Love Thunderstorms:

In his old age, king David reflected on how God had rescued him time and time again, and he used the imagery of a thunderstorm to try to explain how God heard his prayers and came to save him, stopping at nothing.

There are so many things I appreciate about this poem (while the whole passage is a favorite, I underlined parts that stick out to me), but I particularly appreciate how, now, every thunderstorm I experience is a reminder of God's concern, power, and determination to rescue me (us).

It's recorded both in 2 Samuel and in Psalms (with slight variations).
Below is the one from 2 Samuel. It's chapter 22 and verses 7-20 to be precise.


In my distress I called upon the LORD;
to my God I called.
From his temple he heard my voice,
and my cry came to his ears.

Then the earth reeled and rocked;
the foundations of the heavens trembled
and quaked, because he was angry.
Smoke went up from his nostrils,
and devouring fire from his mouth;
glowing coals flamed forth from him.
He bowed the heavens and came down;
thick darkness was under his feet.
He rode on a cherub and flew;
he was seen on the wings of the wind.
He made darkness around him his canopy,
thick clouds, a gathering of water.
Out of the brightness before him
coals of fire flamed forth.
The LORD thundered from heaven,
and the Most High uttered his voice.
And he sent out arrows and scattered them;
lightning, and routed them.
Then the channels of the sea were seen;
the foundations of the world were laid bare,
at the rebuke of the LORD,
at the blast of the breath of his nostrils.

He sent from on high, he took me;
he drew me out of many waters.
He rescued me from my strong enemy,
from those who hated me,
for they were too mighty for me.
They confronted me in the day of my calamity,
but the LORD was my support.
He brought me out into a broad place;
he rescued me, because he delighted in me.

We caution each other about our prayers with annoying regularity.

"Careful what you pray for," we urge.


I think it's half a joke. Or at least, I hope it is. We call them dangerous prayers because of our confidence that God will answer.

God might actually send you opportunities to be his ambassador.

Or, *gasp* give you vision for your life, your family, or your church.

There are countless examples of prayers whose answers would take us out of our comfort zone and change us.

Instead : "That's a dangerous thing not to pray.", "Careful, make sure you're praying for that."

Rather than cautioning, I believe we ought to start encouraging each other in this.

Encourage these prayers with annoying regularity.

The clouds are resting on air, and have flat bottoms like mashed potatoes on a glass tabletop.

The groaning honk of a goose dissolving into the air above the pond.

Decisions are not inherently good or bad; they either pan out the way we expected or they don't.

My computer crashed-- to the ground. It makes progress on novels and editing cousin camp movies rather impossible.

Do we like the season of summer itself, or the things summertime allows?

Passing Time with a Time Lord 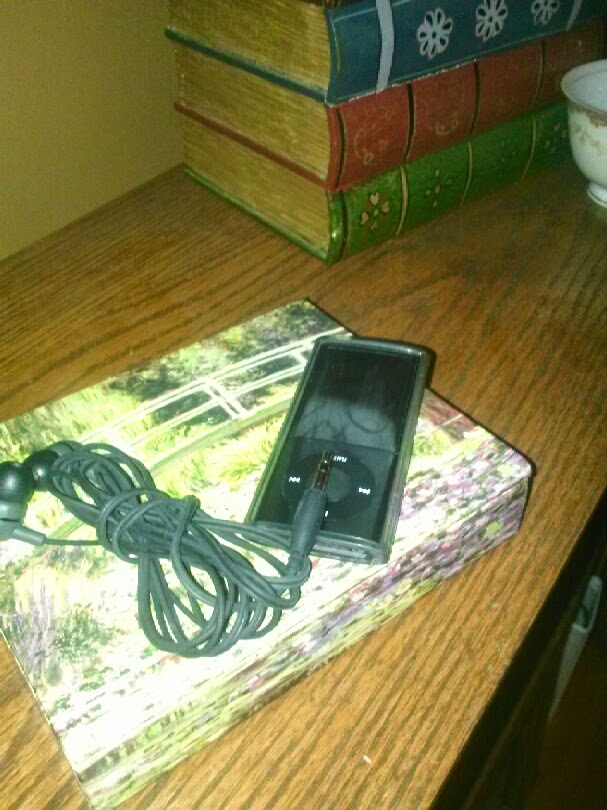 I used to waste hour upon hour of long car-trips. Since I can't spend the time reading, writing or drawing due to motion sickness, I used to just sit there, listen to music, or try to strike up a conversation.

Recently, I remembered audio books, and it helped solve my problem. Now, I can listen to a book while along for a ride in a car trip. I've learned not to do this while driving, though, since I get awfully distracted.

I've listened to many kinds of books, often from my library's website. Sometimes fiction, sometimes nonfiction, sometimes sermons. The past few have been incredibly exciting to me: Doctor Who episodes! Apparently, they made audiobook adventures on top of the TV episodes.

And, they are read by the Doctor in the story!

The Doctor and Amy Pond go to medieval Japan in response to a distress call. The tribal leader takes them to the temple, where the Doctor and Amy think the distress call is coming from. The Emperor of Japan knows there's something powerful there, too, and sends some Samurai to bring it back to him. Some people in the tribe want to resist, some want to comply, and the Doctor wants to find out what the distress signal was about.

This episode was decent. Being the first episode I listened to, it was very novel to me and I couldn't get over the fact that they actually had Matt Smith read it. Although I can't remember anything particularly unbelievable (for a Doctor Who adventure) it just wasn't one of the better ones that were able to suspend my unbelief.

The Doctor and Donna Noble are on a different planet in the middle of a war between two races, the TARDIS gets whisked off, and there are giant bugs. Then, a giant robot shows up having a sole purpose of destroying the bugs (and anything that gets in the way). Not interesting enough? Well, something might be turning the people into the bugs, and Donna might be next.

Somehow, putting radically impossible events like this on another planet makes it ok. I didn't particularly like the episode, but that might be because I've never really been a fan of Donna Noble.

A recording of the Doctor's voice is found on the wreckage of pirate DJs from 1966. It starts, "Hello, I'm the Doctor. And, if you can hear this, one of us is going to die." He had tracked a weapon called the Hush to the floating radio station, and enlisted the 3 DJs on board to help him trap and destroy the Hush before it can escape the boat and destroy everything on earth that makes noise.

This was by-far the best. It was presented as an audio-recording so it made perfect sense that I would be listening to it. I loved this episode, and I've been on a sort of quest to find one just as involving, creative, and hard-to-push-pause.

Do you listen to Audio Books? Do you watch Doctor Who? Tell me about it below!