Responsibility for anything and everything is passed along like a hot potato. That is, when the outcome was negative. It's quite the opposite if things turn out favorably. But, if it doesn't turn out well, or if something was forgotten, or if something wasn't done right, suddenly no one stands up to admit their involvement.

We want to seem blameless. We don't want to be held accountable.

Pies that turn out bad. Well, the fruit wasn't ripe. Progress that is slow. There aren't enough people helping. Books that are lost. Someone else must have moved it. Food that isn't ready. She didn't get the food out of the freezer in time for it to be cooked. The appointment that was forgotten. He didn't remind me. The anniversary that was forgotten. Well, it's been awfully busy around here. And on it goes.

Sure, there are many factors. And maybe you aren't solely responsible, but if you had any involvement, stop hiding behind others and things you can't control. Be accountable. Be dependable. Be responsible and take responsibility.

Stand up in honesty and take responsibility for the things you did have control over.
© Nicole No comments:

Sometimes, I'm quiet because I don't really have an opinion on the issue.

But not usually. No, usually:

I am quiet because I am so opinionated.

I can get out of hand. Easily.

Don't mistake my silence on the topic as having no opinion.

Oh, don't you worry. I've got an opinion, and it's backed up with all sorts of facts, oversights, misunderstandings and personal prejudice. Just like yours.

I've just learned to value relationships more than hoping everyone will agree with me.

I'd rather not strain the relationship, so I'll keep my opinions to myself.

A Freewrite on Perfection

Perfection…
It can't exist because it would involve feeling happy, which you can't really do (or at least understand) until you've felt sad. And feeling love, which doesn't have the same impact unless you have something you don't love. And some of the most beautiful things are there by accident, which wouldn't happen in a perfect world because no one could mess up, and because of destruction, which also wouldn't happen. And, to make matters more complicated, everyone would have their own idea of what a perfect world would be. Maybe you don't think a perfect would would involve happiness or love. But I do. And if you don't, we can't have a perfect world because we don't agree. So, a perfect world cannot be constructed. However, with the right attitude, people, and a good deal of effort, I do believe we can experience moments or even hours of it. It would involve selflessness, happiness, and love as a foundation.
What else would it involve for a perfect world?
© Nicole No comments:

Email ThisBlogThis!Share to TwitterShare to FacebookShare to Pinterest
Labels: freewrite

Never to Meet You

After a good book, people sometimes wish they could meet the main characters in real life. They are the brave, graceful, humorous, interesting characters.  I would list some, but that would be counterproductive.  Because, what fun would it be to describe everything wonderful about them? You probably already love them too.

These are some main characters I never want to meet:

Alice, from Alice's Adventures in Wonderland
I suppose it wouldn't be too bad to meet Alice, but if I had the choice I'd much rather meet one of the characters I listed above. On top of  things happening to Alice rather than her making thoughtful decisions to progress the story, she kept eating and drinking as labels indicated, almost without caring what the consequences were.  She didn't seem to care about the consequences, and went wherever the other characters pushed and pulled her.

Meg, from The Time Quartet Series
I didn't mind her in A Wrinkle in Time, I suppose, but I couldn't stand her in A Wind in the Door. I suppose I could try a reread, since I stopped reading the series over three years ago. Meg cries a lot. She is lazy, annoyingly stubborn, selfish, and pities herself at every turn. If I got to make friends with book characters of my choice, Meg would not be on my list. Calvin and Charles Wallace, however, would be very near the top of the list! 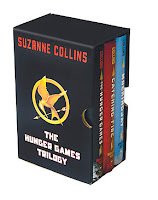 Katniss, from The Hunger Games series
Actually, I liked Katniss quite a bit after the first book. But with each new installment I liked her less. She becomes hard, only maintains friendships for selfish reasons, and doesn't seem to enjoy anything about life. She became so small, passive and uninterested. And I have no desire to meet her. Maybe pre-Hunger Games Katniss, but definitely not the post-Mockingjay one. Nope.

Henry, from Journey to the Center of the Earth

For most of the book I didn't mind him. He felt obligated to go on the journey but was lethargic and pessimistic. He would have spurts where he burned with eagerness at the prospects of finding the center of the earth, but he oscillated back to his spiraling black hole of despair, believing they'd never get back and never should have come. Henry was inconsistent and changed opinions of the trip between sentences.