Late at night Ruth White sat, pecking away at what she describes as her "clunky, black Remington typewriter". In those early days, before her career revolved around writing, she wrote whenever she had a chance, using her childhood for inspiration. "My father was a coal miner," she says, "and at the time of his death in 1948, our family lived in a coal camp called Jewel Valley." Since then, White has written thirteen beautiful books for pre-teens, but it wasn't an easy journey. 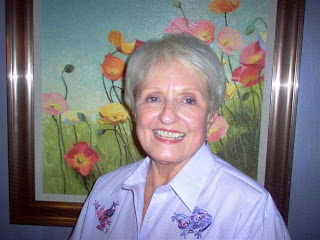 Life after her father's passing became rough because her mother was unable to find a job in such a small, mountain town. "But we had books and an occasional movie in nearby Grundy," White says. She and her sisters particularly liked Doris Day, Debbie Reynolds, Roy Rogers, Dale Evans and Gene Autrey. Then, she and her sisters acted out scenes from these movies, and from books, to make their own fun. White comments that they "became creative by necessity." When I asked her how she kept track of all her memories for use in her books, White said, "I really don't know how I keep track of all those memories, but whenever I need one, it's out there."

White went to college in the sixties with no idea what she would major in. "In fact, I didn't think I would last in college for four years, mainly because I had no money. But somehow I worked my way through." Towards the end of her college experience, she decided to become a teacher. She taught 7th and 8th grade language arts for ten years, earned her librarian's degree and was a school librarian for another ten years, and then for eleven years she was a librarian for a private metaphysical library. "All those positions influenced me in different ways," White observes.

"I was also a wife and mother during those years so you can imagine how difficult it was to pursue a writing career. But once again, I  managed." She write whenever she could, and spent many evenings at that Remington typewriter. Finally, her book Belle Prater's Boy won a Newbery honor in 1997, and she was able to leave her 9-5 job and become a full-time writer. 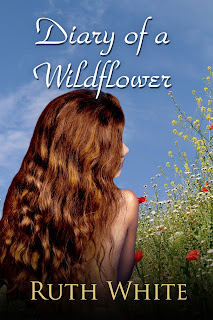 White recently published a love story for adults that she says is based on her "mother's early years living on an isolated mountaintop in Southwest Virginia." It is called Diary of a Wildflower, and can be found on Kindle.


White also commented on what she has learned about the craft of writing, saying, "I have learned that the real writing is done in the re-writing," White muses. "The first draft is just a sketch of what I want to say. In the second and third and sometimes tenth and twentieth drafts, the actual sculpting takes place."


She went back into the room, and we went back outside. I remember we were all excited, glad we had been given permission, glad I had somehow succeeded. We gave the OK to the cousins who hadn't heard the news yet, with the caution that they could not go down the slide. They scampered away smiling, but I just sat in the chair wrapped in a towel, trying to calm my heartbeat, wishing I hadn't needed to talk to anyone.
© Nicole 2 comments:

Email ThisBlogThis!Share to TwitterShare to FacebookShare to Pinterest
Labels: musings, story from my life 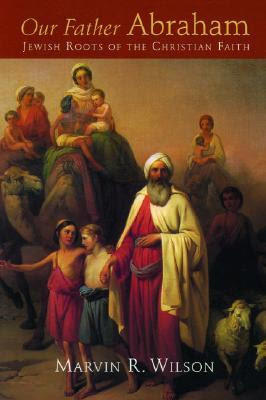 From the book, "Our Father Abraham":

"The Church, firmly planted in Hebraic soil, finds its true identity in connection with Israel. The Church is fed, sustained, and supported by this relationship."

"One may say that for a Gentile to have a right relation to God he must humbly accept and appreciate a Jewish Book, believe in a Jewish people, thereby taking on their likeness through a commonly shared stock."

"Gentiles who had come to faith within the earl Church joined themselves to God's ancient people. They had to adjust to Israel, not the reverse."

Email ThisBlogThis!Share to TwitterShare to FacebookShare to Pinterest
Labels: books

What (July) Smiles Are Made Of

-fireworks over the lake
-how sound carries so far and clear over water
-new journals
-new notebooks
-job interviews
-s'mores with diary-free chocolate
-an evening of just Grandma and I
-reading letters
-writing letters
-stationary, of all kinds
-the soreness from water-tubing
-collecting, organizing and analyzing data
-summer reading
-volunteering at youthgroup
-cooking and cleaning to worship music (especially my a cappella and Jon Foreman pandora stations)
-learning, of course. (This month, it's the Jewish roots of Christianity.)
-driving the boat
-the Bible Study I'm in, IMPACT 25:40
-the recency look with my hair in a bun
-getting back into routines
-talking with a college friend, about dreams, and the future, and the past
-making lists
-the people that read my blog :)
© Nicole No comments: